Many thanks to all of you for waiting so patiently for these preliminary results! For those who don't know what I'm talking about , you can click here to read about these lightfastness tests of the Noodler's Eternal Inks, and see how I set up the tests.

Last week, I was a guest on the Goulet Pen Company's webcast show, "Write Time at 9!" During that broadcast, I did a verbal reveal of changes to the samples. If you were unable to tune in at that time, you can watch the recorded broadcast below. I come on at about the 10:00 minute mark.

The right sides of the samples posted below were in my south-facing studio window for just six weeks, in the northeastern United States. It's the heart of winter here, when the sun is at its weakest. They got a few hours of direct sunlight a day through a screen and glass. I will be putting the samples back into a window tomorrow, and I'll do another reveal in six months to show the differences.

The tests are pretty self-explanatory. You can click any image below to see an enlargement. In the broadcast, I verbally described the changes to some of the inks, and you can click that link above if you'd like to hear more of my summary. Here on this post, I'll just list them for now in three categories:
The inks that had no visible changes so far are:
Inks that changed the most during this time frame are:

Inks that showed a slight change during the six weeks are:

There are two other inks that I did not discuss in the broadcast: Whiteness of the Whale, and Blue Ghost. I did test these, but I believe I need to look at them under a blacklight, and I have not yet done that. I'll report on those when I do my follow-up on these Noodler's Eternal inks, in another six months.

So without further delay, here are the images of the samples. The right half of each page was taken down from the window, taped on the back to the half in the book, and photographed. Those artists who are interested in knowing which inks wash and the color of the wash will be able to see that in the samples. That washed area is generally where changes first appear, since there is a thinner application of the ink there. 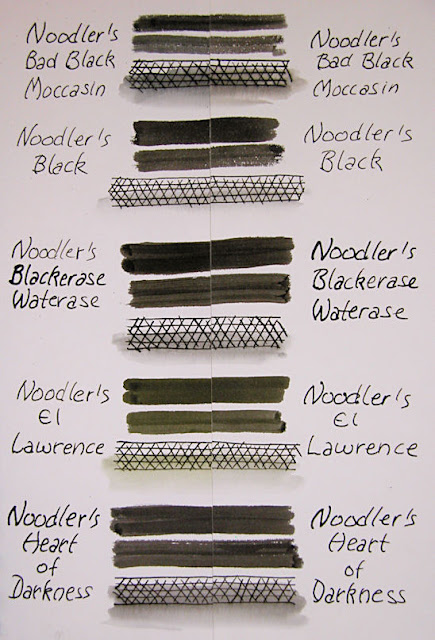 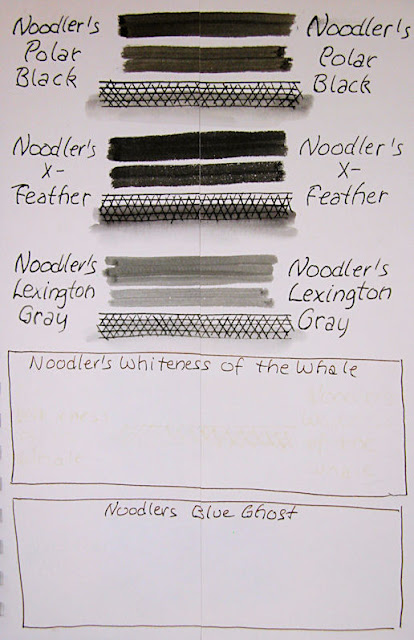 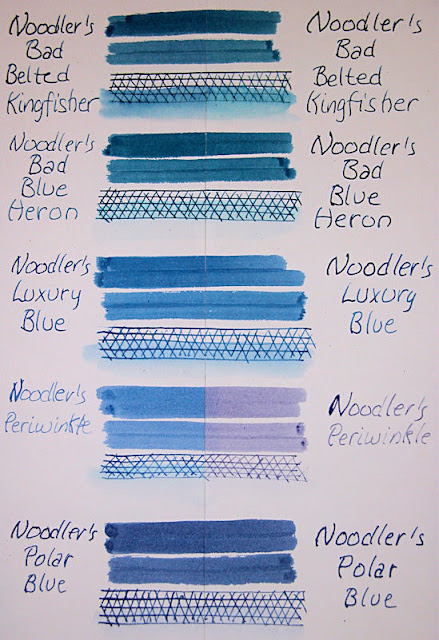 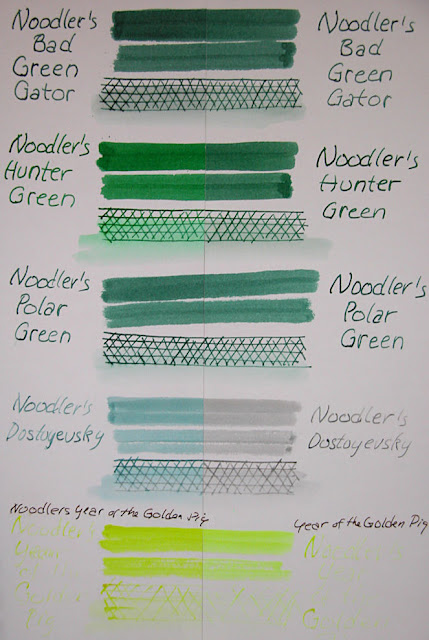 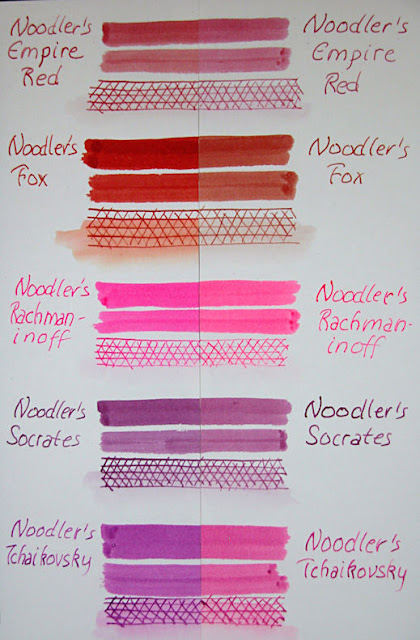 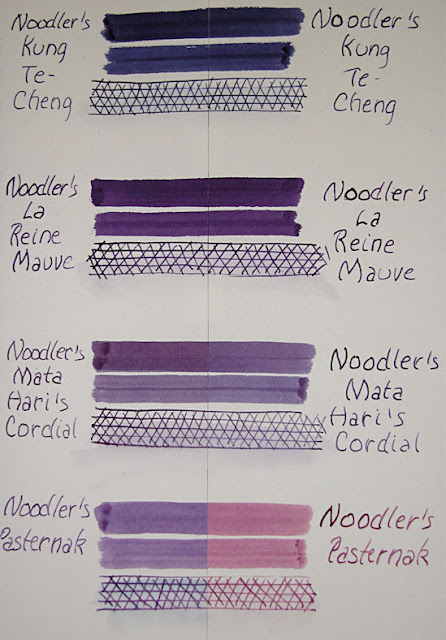 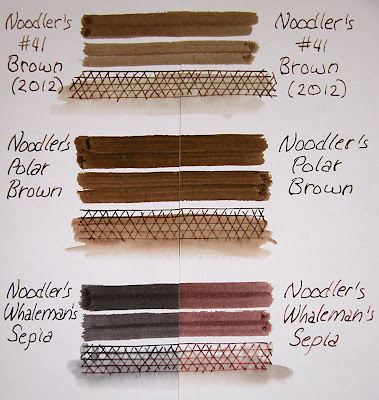 I hope many of you have found this information useful. It's been interesting for me to see how some of my personal favorites have fared! I'll be testing another 40-50 inks very soon. Stay tuned for a list within the next couple of weeks to see if any of your favorites are among them. After they've been in the window for a month or so, I'll do a post of preliminary results like this one, followed by six month results down the road.
Posted by Jamie Williams Grossman at 4:00 AM